Cardiff Bowling Club, is based in Sophia Gardens, Cardiff, next door to the National Sports Centre and the SWALEC Glamorgan Cricket ground. The Club is within easy walking distance of the city centre and its landmark attractions and in particular is only an easy 10 minute walk from the world famous Principality Stadium.

Founded in 1878 the club is one of the oldest and best known bowling clubs in the UK. The Club operates on a volunteer basis with a main Management Committee, under the Club Chairman. with our Trustees overseeing all business matters. The Club is housed in a spacious, modern and comfortable clubhouse where facilities include two fully-licensed members bars which are also currently managed on a voluntary basis with moderate prices for the beverages on offer. Members benefit from a full size six-rink indoor green providing players with what is widely recognised as one of the best indoor playing surfaces in the Principality having been renewed in July 2014.

Cardiff Bowling Club has been in existence for well over a 100 years, having been founded in 1878 by the then Marquess of Bute in parkland owned by his family. In 1948 a great deal of land in the city was given to the Lord Mayor, Aldermen and Citizens of Cardiff by the Bute family and this included the land occupied by the club. One of the conditions of this generous gift was the award to the club of a 999 year lease at a ground rent of £1 per annum which expires in 2947.

There has been development on the site over the years including the building in 1984 of a six rink indoor stadium followed in 1996 by an enlarged indoor bar, new changing rooms, cellar and office.

The club has hosted many touring sides from around the world, Commonwealth Games, Special Olympics and televised tournaments. The indoor arena was used for the Welsh Grand Prix of Short mat bowls for the first time in March 2017.

The club is used by the visually impaired and special needs to play bowls all year round and the club has been delighted to host a number of national and UK wide tournaments for those organisations where the play has been of a very high standard. 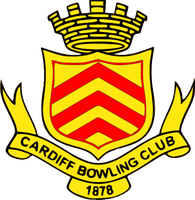 Finding and Contacting the Club